"Without a referendum in Georgia, you can not introduce a new tax or raise tax rates" - legal expert David Chkonia 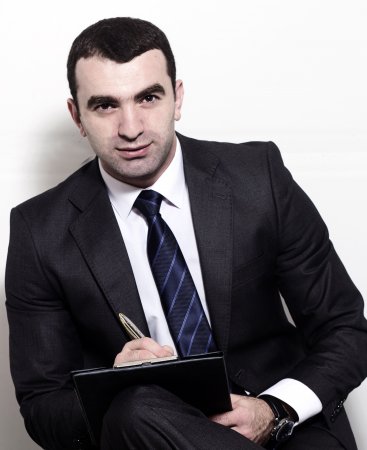 How do they protect interests of foreign investors in Georgia?

International Investment publishes the first part of the interview with legal expert David Chkonia, co-founder, and director of the holding «Legal Consulting Center LLC », the head of the Adjara office of the Association of Employers of Georgia. We spoke about the investment attractiveness of Georgia, the nuances of taxation and reporting, and also about how the interests of foreign investors are protected.

- David, projects of foreign investors have been actively developing for several years in Georgia already. What creates the investment appeal of Georgia in your opinion? What are the advantages for an investor you would note?

- First of all, it is a security. For those foreigners who imagine Georgia in the nineties, this is a surprise. Probably people do not talk much about our country abroad and do not advertise it but nowadays, our country is the safest in the region and one of the safest in Europe.

This concerns not only the security of investments but also the general level of security in the country. Now we have practically no organized crime, there is practically no corruption, the minimum level of criminal offenses.

Secondly, it is a protection of interests of foreign investors and their investments. In Georgia, this is a priority of state policy. We can say that the past 15 years showed a very high priority for the issue of creating an attractive business climate for foreign investors. Of course, local business is also a priority. But if the level of its security I would rate highly, then the level of protection of foreign business is even higher in my opinion. We have a special attitude towards foreigners.

Thirdly, it is the level of development of democracy and freedoms in Georgia. It is one of the highest in eastern Europe. Compare the place of Georgia in international rankings and just look at the news feeds of our country and compare with others. This is also very important for understanding the level of protection of business investment.

Fourthly, this is a factor of high standards of service and public services, which allow, for example, to open a company in Georgia in one day, open an account in 10 minutes, issue real estate in one day, reconcile an architectural project and get a building permit. The majority of supervising and checking organizations have been liquidated more than ten years ago, that has seriously beaten the ground from under the feet of corruption and created the necessary conditions for the development of the business.

I would like to add to this the mentality of Georgians and strong national traditions. It is about hospitality as a feature of culture. It is Georgian hospitality that allows foreigners and tourists to feel at home in Georgia without feeling any discrimination or hostility. All this creates an environment that attracts investors and tourists to Georgia. Therefore, after visiting Georgia once, the guests of the country return here, again and again, buy real estate, open a business, make new acquaintances and so on.

The factor of our geostrategic position also has an effect: location on the Silk Road, the convenience of transit, etc., which also attracts investments in related sectors of the economy.

-It is worth saying that the tax burden in Georgia, although not the lowest in the world, is one of the lowest in Europe. Tax rates range from 5% to 20%; they are low taxes compared to Europe, where rates are 40%, 45%, and 60%. Another important plus that our tax system is very simple because an individual pays only one tax - an income tax of 20%, there is no social or pension tax or other taxes. This makes the tax system simple, understandable and clear. The VAT rate is 18%. For companies, a 15% tax on profits. A natural person pays a 5% tax on dividends, and 5% on the resale of real estate.

Now VAT is paid if the annual turnover of the company exceeds 100 000 GEL. But the government plans to raise the bar to half a million lari, so companies with a lower turnover will be exempted from VAT. This will give freedom to representatives of small and medium-sized businesses, free them from paying VAT. Then businessmen will be able to reinvest this money, which did not go to pay VAT in business. This will make them freer and increase competitiveness.

That is, in practice, the tax burden in Georgia is not so low as in offshore. But taxes in Georgia are among the lowest in Europe. Plus, this adds ease of documentation. We can say that there is no tight control by the tax service because all the document circulation is fixed and can be traced electronically. The declaration is filed electronically, invoices and invoices can be viewed on a web portal. As a result of this system, a businessman who honestly conducts business can work for 10 years without ever having seen a tax inspector.

Administration of taxes and pressure from the state in Georgia are minimal. Control by the state is very delicate and does not create any discomfort, therefore it turns out that a person opens a company, starts his business, and keeps tax records in such a way that several years pass and he does not meet anyone from the tax service. Inspectors very rarely conduct inspections. Electronic declaring and electronic tax accounting provide the tax service with this opportunity. Thus, the tax service has the ability to monitor the turnover and tax reporting of the company. If there are suspicions with the company that it may be concealing it, hiding some taxes, or something similar, then only in this case they come to check if the tax service looks like that, for example, there all the company's revenues are taxed, everything is in order, even if the company has some minor violations, it will not be checked. Therefore, we even have about a dozen clients, which the tax service never checked, because they honestly work, the tax sees it. And when the tax assesses companies for violations, they simply do not fall into the risk group and therefore are not tested. This approach - the electronic system of declaring and accounting, as well as low tax rates allow the Georgian tax system not only to be competitive in comparison with many European countries but also to be more profitable to the investor.

-David, can you tell us what is an act of economic freedom? How much this is relevant for Georgia, because this title often sounds in the news, I would like talk about this topic. Georgia has legislative norms that do not allow the government to raise taxes or introduce new ones without the decision of a nationwide referendum? Is it true?

-It is about the article in the Constitution, which says that without a referendum, you can not introduce a new tax or raise tax rates. That is, the tax can always be reduced by the government, but to introduce a new tax or raise the existing one, people's consent is needed through a referendum. This norm is protected at the highest level. The state alone can not independently enact or increase an existing tax. For example, pension reform is underway now, and the authorities wanted to introduce so-called retirement savings, but in practice, it turns out that they had to introduce a new tax for employers. When the discussions were going on, we, representatives of business, stated that we would submit to the constitutional court and win this case in 5 minutes because we can not introduce a new tax without a referendum, so now this reform has stopped. The risk that someone, some government suddenly thinks of making a new tax or increasing the tax, is practically nonexistent. Because it will happen only if all the people and the state agree and the majority will agree to the introduction of a specific tax. Since everyone will vote in a referendum, the state can not cancel this article because it will be a political suicide. Therefore, we can confidently say that the existing tax system will remain stable in the future or become even more liberal. This means that as such there are no tax risks for investors and entrepreneurs in Georgia.

-The news related to one of the initiatives of the government is to reduce the tax for small businesses, as far as I understand it is a question of a rate of 1%, instead of 5% of turnover with a simplified taxation system. How realistic is this initiative, what do you think?

-Well, in any case, for some particular small merchant this can make a difference.

-Of course, reducing taxes, changing administrative norms and mechanisms are always very useful and very positive for specific people and stimulates business activity. But the Georgian economy will not bring major changes.