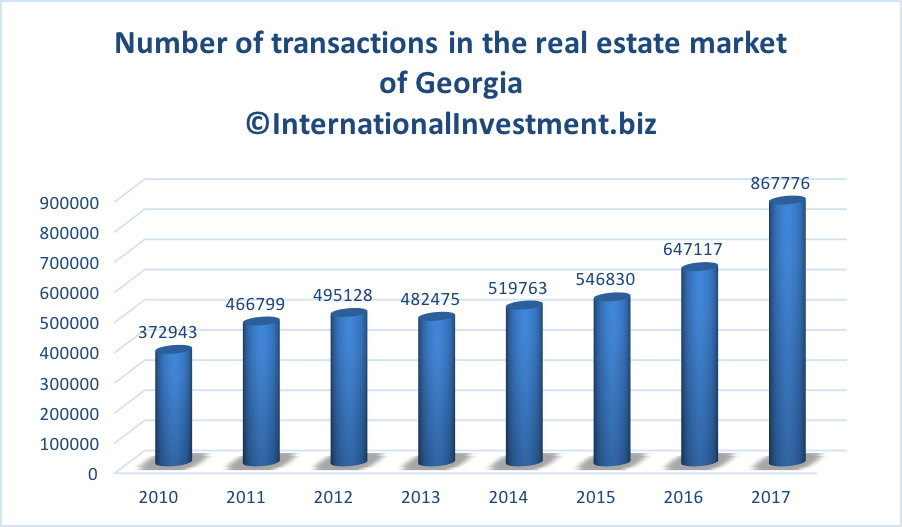 The number of registrations of transactions in the real estate market of Georgia in 2017 increased by 220,659 in comparison with the previous year, according to the analytical magazine International Investment.

In percentage terms, growth reached 34.1%. The total number of transactions with real estate objects reached 867,776 in 2017, and in 2016 their number was 647,117. These figures are given by the National Agency of the Public Register of Georgia.

The real estate market of Georgia demonstrates growth for the fourth year in a row. The last time a slight decline in the Georgian real estate market was observed in 2013 - only 2.55%, after which the market grew by almost 80% in four years.

The dynamics of growth over the years was as follows:

In just eight years - from 2010 to 2017 inclusively, in Georgia, 4,398,831 transactions with residential real estate were carried out. Approximately one in five of them - in 2017. The share of annual sales in the seven-year volume of the market looks like this: 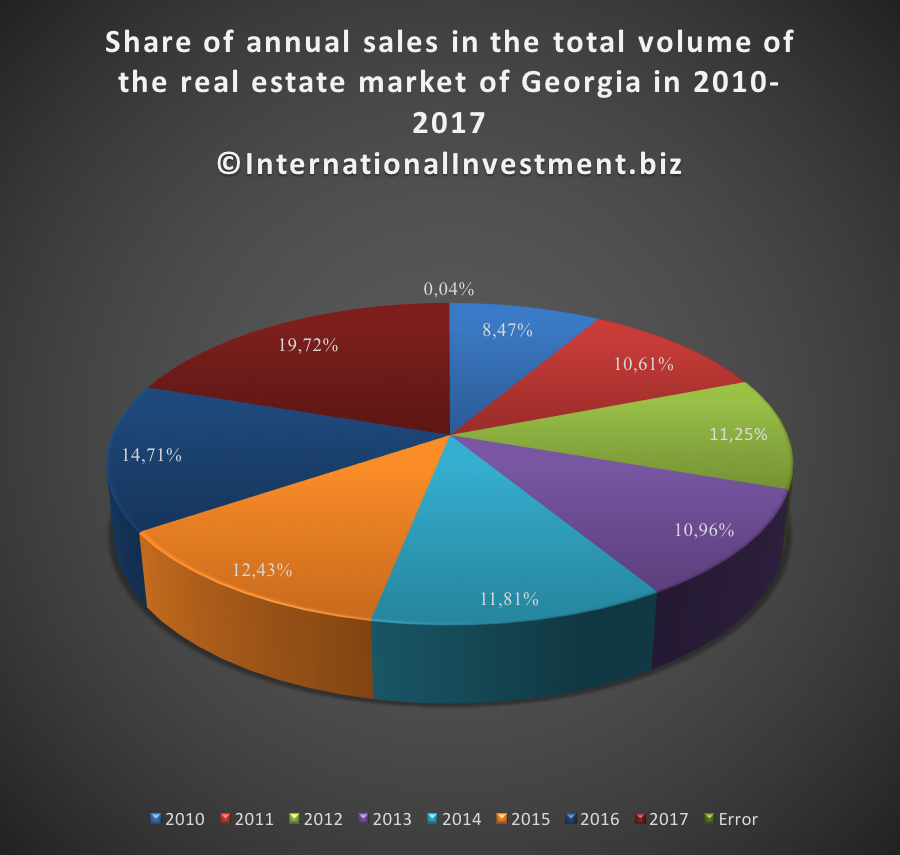 Experts of the analytical magazine International Investment assess the dynamics of the growth of the Georgian real estate market as one of the most intensive in Europe. At the same time, experts note the internal problems of the Georgian real estate market associated with low paying capacity of the population. The rapid growth of the market is largely due to the state program of registration of land ownership rights and high demand for a resort property in Georgia among foreign buyers. 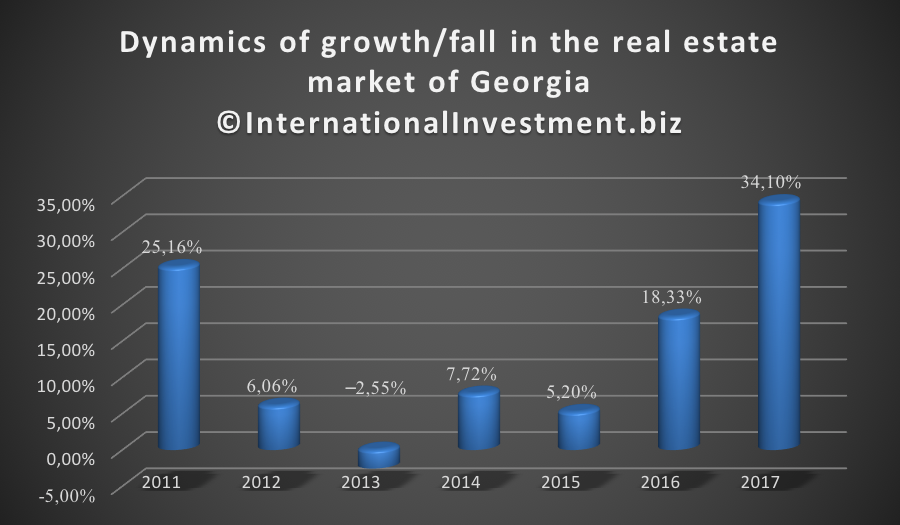 The average price per square meter in new buildings near the sea in Batumi is $ 500 (condition - without finishing).

The cost per square meter of a square apartment in the secondary market (with repair) in the new housing stock is $ 900.

The average cost per square meter of a villa without interior finishing on the secondary market is $ 800.

The average cost per square meter of a villa, with repair, in walking distance to the sea, is $ 1000.

In Tbilisi, the price of a square meter of a square-meter apartment in the primary market (rough finish) is $ 750.

The price of a square meter of a square apartment in the secondary market (with repair) is $ 950.

This level of prices has caused high demand among citizens of countries of Russia, Ukraine, Turkey, Kazakhstan, Belarus, the European Union, Armenia, Azerbaijan, and Israel, buying real estate both for their own vacation and as an investment in the rental real estate. According to the estimates of International Investment experts, the potential average yield of rental property in Georgia is 6% after deducting expenses for maintaining real estate and paying taxes.

At the same time, International Investment analysts note that the dynamics of the supply transformation in the primary resort real estate market does not show a trend of price growth, which is associated with the intensive pace of construction suppressing this prospect. However, the seaside zone of Batumi, Georgia's main sea resort, has already exhausted the opportunities for new construction by 95%. The lack of land close to the sea in the medium term (3-5 years) can cause a significant increase in prices in this segment.