Global Promotion Group is pleased to present you the next event in Azerbaijan - GREIMS Baku
Вusiness / Investments / Tourism / News / Кипр 08.05.2018

A week before the announced flash mob against the rampant crime in Cyprus, a police patrol was fired upon 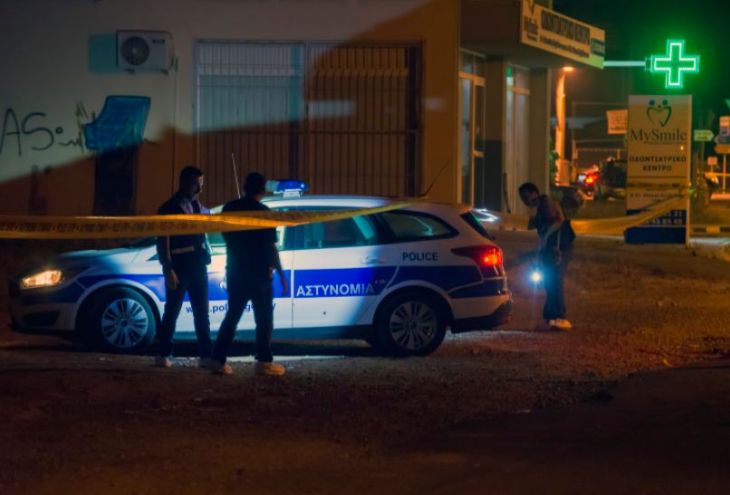 The alarming situation with extreme criminal incidents that has developed recently in Cyprus threatens to disrupt the new tourist season and could adversely affect the further inflow of foreign investment into the island's economy, particularly in the real estate sector.

According to Cypriot media, on the night of May 6, while trying to test a car in Limassol, a police patrol was fired upon. In the shootout, one policeman received bullet wounds of the liver and lung. His conditions was very serious, so he was hospitalized in a local hospital, after which a decision was made about his emergency transportation for treatment in Tel Aviv. The second member of the patrol crew was also wounded, but the severity of his injury is recognized as easy and his life is not threatened.

In the hot pursuit, the car of criminals was detected with the help of a helicopter, the identities of the three suspects were installed, later one of them was detained, the other two were put on the wanted list. According to some Cypriot media, the attackers are also suspected of committing a series of robberies of the Cooperative Bank of Cyprus.

In general, the crime situation in Cyprus deteriorated sharply. A series of violent crimes, robberies and the killing of an entire family for the purpose of profit have become a virtually weekly disturbing reality for Cyprus. Even the head of the country, President Nikos Anastasiadis, admitted it when visited the wounded policeman in the Central Hospital of Limassol. The head of state promised that criminals will not go unpunished and the authorities will not allow criminal elements to believe that they can behave as they please. The President declared "zero tolerance" towards those who believe that Cyprus can be used as a field for enrichment through illegal activities.

His words were supported by the head of the Ministry of Justice of Cyprus Jonas Nicolaou, noting that Cyprus faced a new type of crime, unprecedented for the island, which "is imported from other countries." He also said that crime in the country is undergoing changes and is becoming more and more ruthless.

This honest and open recognition of the problem in the highest echelons of power only fueled the already tense situation in the society. It emphasized the seriousness and depth of the problem. As previously reported by International Investmnt , the citizens of Cyprus, investors, and immigrants from Russia, Ukraine, and other countries, worried about the cardinal deterioration of the security situation on the island, plan to go to the rally outside the city municipalities of Cyprus on May 14 from 9.00 to 10.00 am.

Foreign nationals who have invested in Cyprus property have moved to the country in the hope of a safe and peaceful life. With their picket, people want to support the local police, urging the authorities to pay attention to the shortage of personnel and the low level of the guards' salaries. The organizers emphasize that they want to show the criminals that they are ready to confront them, and jointly find a solution to the problem, to rebuff the crime.

In society, there is an opinion that citizens of other countries are more likely to target criminals, moving to the island with money to buy real estate and create businesses.

As one of the organizers of the rallies against crime in Cyprus Irina Yakimovich said, the theft and robbery on the island happen more often:

"We were robbed for the second time in five years. Our case is not an isolated one. After Easter, many of my friends in Paphos were robbed.

Our older child sleeps with light and after the first robbery the specialist helped us to cope with panic attacks and unjust fear, now my child is afraid to sleep without light and feels unprotected even in his own house. My heart is torn.

❗️I think that you can not ignore the problem;
I think that crime can destroy tourism, business and scare away investments, violate a quiet life on our beautiful island;
I think it is important to get all robbed on the flash mob, at least to point out the authorities to the problem and then solve it together;
Not residents should be afraid, but criminals should live in fear;
It is vital, at least, to hire back policemen, reduced during the crisis, and this is 1000! officers;
The night patrolling of residential areas should be resumed;❗️
To sign a petition and amend the law, namely: toughen the punishment of thieves, give more rights to policemen;
We will create neighborhood patrols for residents, because we want to live quietly again and with open windows;
To close the border with the North (ed .: Northern Cyprus)

Mostly robbed on weekends. A police officer is often one for the entire city of Paphos at night. This is unacceptable, I think, knowing for what kind of salary he is risking his life. I think if they recruit a sufficient number of policemen and give them the rights, they will clean up all island from criminals in about a month as long as they know all criminals. Recently in Chloraka, a thief was caught in a hot pursuit (the thief was walking with the loot) - the patrol was twisting him, but the thief injured his partner. So, patrols help.

The most terrible problem - a new drug "crystal" - is relatively cheap and many thieves have been hooked on it and hence the surge in the theft. Narcotics urgently need money and thieves are not afraid of anything - even to get into houses with people who sleep there. We would like to help our brave policemen to protect us. "

According to Europakipr, residents of the island, which was previously considered one of the safest in the world, armed with personal protective equipment - install grills on windows, organize video surveillance of homes, install alarms, buy balloons and bits. According to the portal Europakipr, the assassination attempt on the policeman was preceded by the murder in Strovolos of a 60-year-old mathematics teacher and his 59-year-old wife, who worked in the Central Bank of Cyprus. The victims received 39 knife strokes. Another recent tragedy occurred in Aglange glance with an 80-year-old retired teacher. The robbers tied the old woman to the bed and sealed her mouth with tape. An elderly woman heart could not take it. Also, the big resonance in Cyprus was caused by the murder of a family who moved from the CIS. The criminals broke into the house for the purpose of robbery.

As the security companies note, neither Cyprus has sharply increased the demand for surveillance cameras and means of additional protection from entering the house. And according to philenews, the inhabitants of Cyprus also actively buy bits and knives and store them in the bedroom near the bed in case of a sudden night attack. The demand for safes also increased.

IMR and the Department of Sociology of the University of Nicosia, commissioned by the newspaper Simerini, conducted a survey on what the residents of Cyprus feel after the double murder in Strovolos and the robbery in Aglange, which led to the death of the teacher retired. Three quarters of respondents said they do not feel safe.